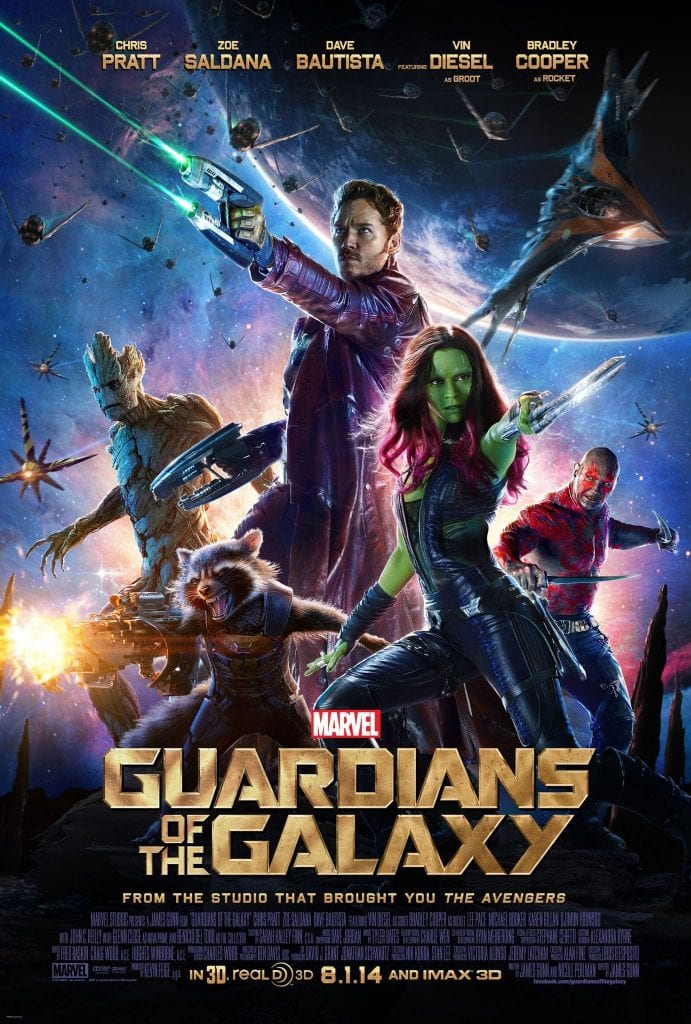 After stealing a mysterious orb in the far reaches of outer space, Peter Quill from Earth, is now the main target of a manhunt led by the villain known as Ronan the Accuser. To help fight Ronan and his team and save the galaxy from his power, Quill creates a team of space heroes known as the "Guardians of the Galaxy" to save the world.

When Dave Bautista found out he got the role of Drax the Destroyer, he broke down in tears, overjoyed at getting a Marvel comic-book role. He immediately signed up for extra acting classes in order to prepare for the role.

Chris Pratt apparently stole his Star Lord costume from the set, for the sole purpose of having it available so he could show up in costume to visit sick children in the hospital who might want to meet Star Lord.

The soundtrack album “Awesome Mix, Vol. 1” reached number one on the US Billboard 200 chart, the first film soundtrack ever to reach number one without a single original song. It was also nominated at the 2015 GRAMMY Awards for Best Soundtrack.

Vin Diesel recorded all his lines in several different languages, including Russian, Mandarin, Spanish, Portuguese, German and French so that they could use his real voice in the film around the world.

James Gunn stated that Chris Pratt’s audition was so good, he was prepared to offer him the role even if Pratt did not lose weight or get in shape in time. Gunn joked that he was willing to CGI a six pack on Pratt’s body. However, Pratt asked Gunn to give him 6 months to lose 50 pounds and he ended up losing 60 pounds.